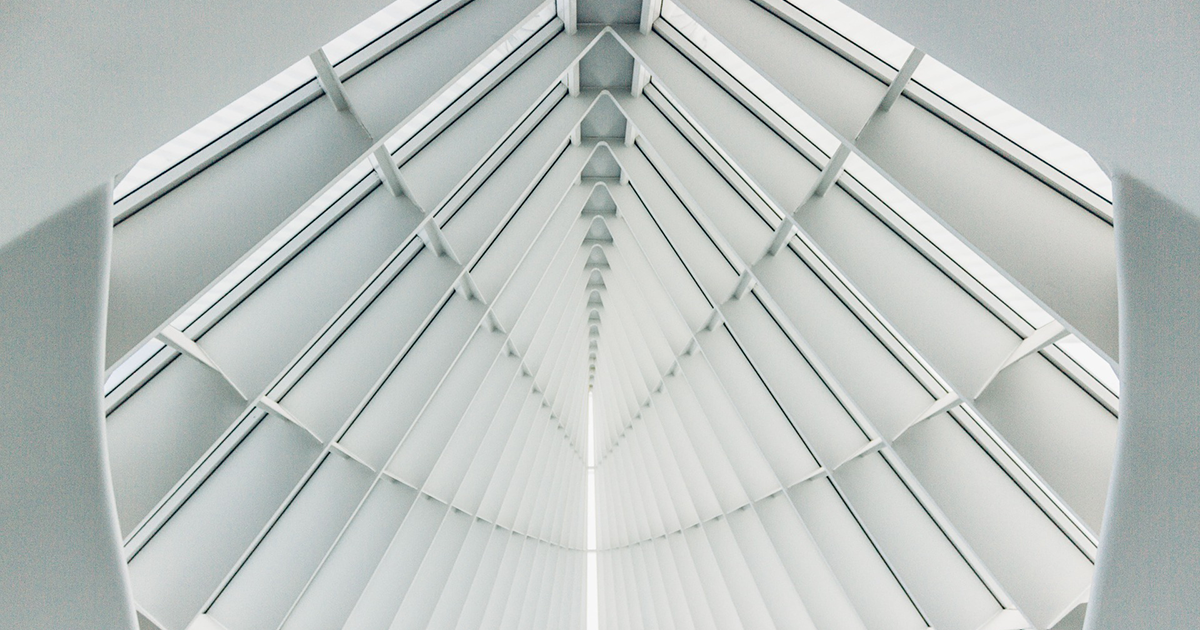 Recently, research on the geometric properties of value functions and attempts to apply these properties to various fields of Reinforcement Learning (RL) have been actively conducted. This post is an introduction to Value Function Geometry including an introduction of the paper "The Value Function Polytope in Reinforcement Learning" by Dadashi et al 1.

This post aims to explain the basic concepts of value function linear approximation and representation learning. Also, the paper 1 establishes the geometric shape of value function space in finite state-action Markov decision processes: a general polytope. By reimplementing the paper myself, I was able to check the surprising theorems and geometric properties. I have attached some results that I checked directly in the post.

The return is the total discounted reward from time-step and state by following a policy ; and are the state and action at time .

The state-value function is defined as the expected return starting from a particular state and following policy .

The action-value function is defined as the expected return starting from a particular state and action, and then following policy .

In the case, we take an action by following an argmax policy , 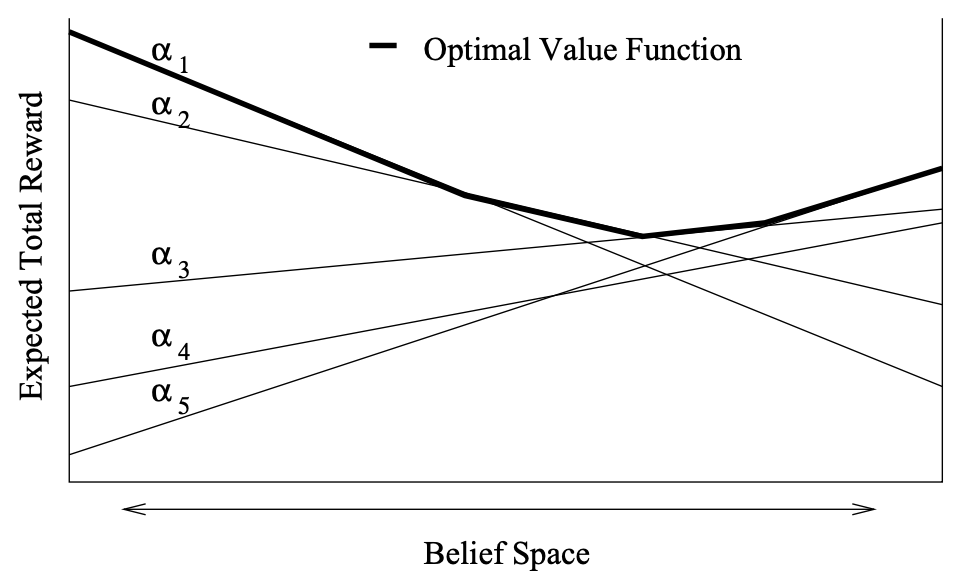 A value function for a policy is denoted as , and a d-dimensional representation is a mapping ; is the feature vector for state , where are the feature functions.

For a given representation with a weight vector , the linear approximation for a value function is defined as: 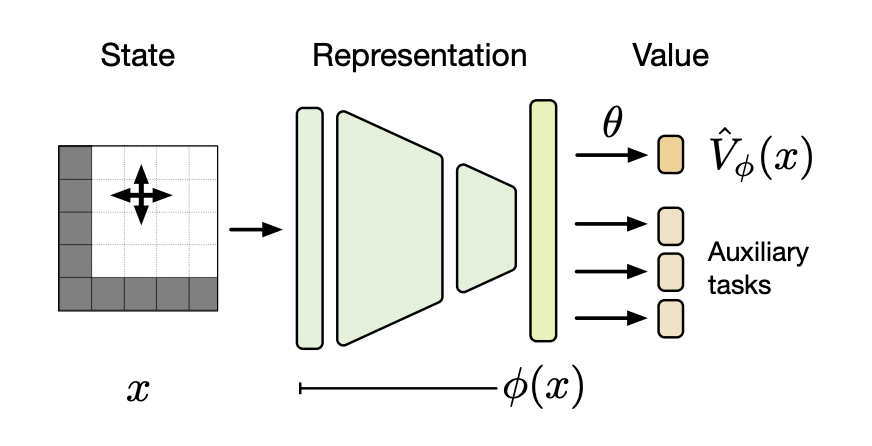 Let's start by introducing some vector and matrix notation to make it more convenient.

It is well known that the state-value function satisfies Bellman's equation:

Given a policy , we define the Bellman operator as:

Since satisfies Bellman's equation, is the fixed point of operator ; . Then,

In the case, we do not know the entire model completely, we cannot calculate explicitly by the above equation. However, by starting with any vector and applying the Bellman operator repeatedly, it will finally converge and reach the fixed point . This can be explained by the Contraction Mapping Theorem.

For an matrix of full column rank, is the column space of , the linear subspace in spanned by the columns of the matrix .

What if is not invertible? Then, we will have infinite solutions for and . However, since is full column rank, it implies that is positive definite and invertible.

Back to the value function approximation, let's assume a finite state space of states; . Also, we write to denote the matrix whose columns are .

We consider the approximation minimizing the squared error:

performs an orthogonal projection of value function vector onto the linear subspace . So, is the value function we seek when doing linear function approximation in subspace defined by minimizing .

is a convex polytope in iff there are points such that .

We write to denote the convex hull of the points .

is a (possibly non-convex) polytope iff it is a finite union of convex polytopes.

is a convex polyhedron iff there are half-spaces
whose intersection is , that is

is a (possibly non-convex) polyhedron iff it is a finite union of convex polyhedra.

The Space of Value Functions

Dadashi et al 1 show that is a polytope. Instead of proving it directly by the definition of (convex) polytope, they use the important proposition that a bounded, convex polyhedron is a convex polytope 6. 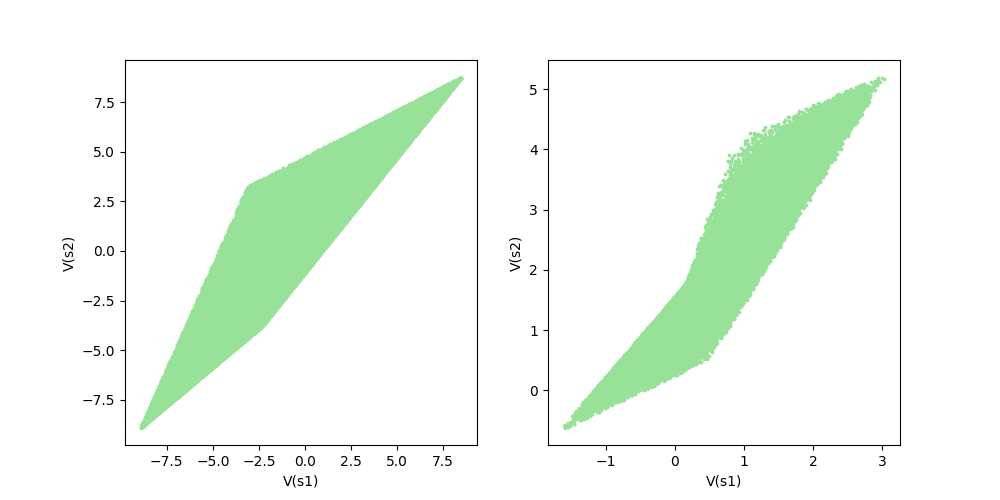 Figure 5 depicts the value function space corresponidng to two different 2-state MDPs. The space is made of 100,000 value functions corresponding to 100,000 randomly sampled policies from . The specific details of MDPs presented in this figure are as follows.

I used the following convention to express , (also the paper):

In fact, if you look closely at the right of Figure 5, you'll find something a little odd. You may think it's not a perfect polytope because the upper left hand is a little empty. To double-check if the policy was sampled uniformly from the policy space, I visualized the mapping between policy samples and value function samples. 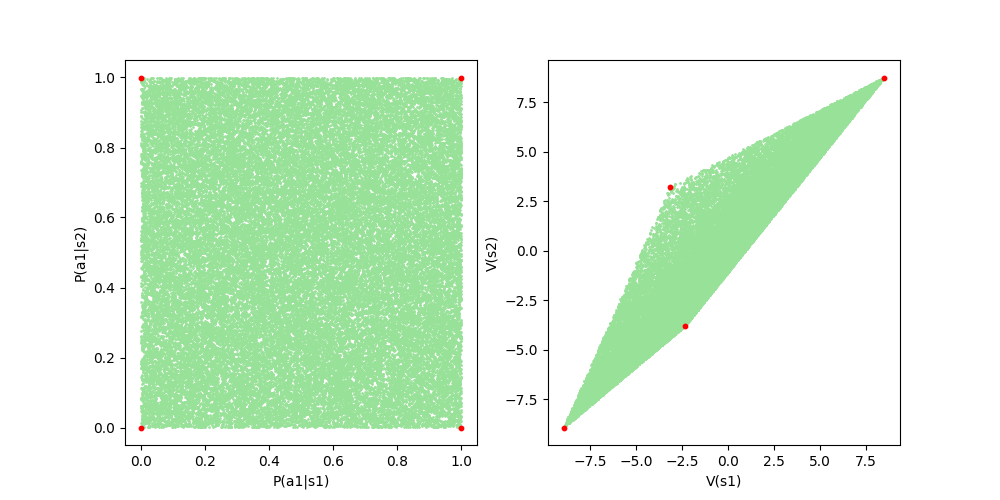 The left of Figure 6 definitely shows that the policy has been sampled uniformly. Despite the uniformly selected policies, you can still see the sparse empty space in the upper left corner of the value function space. Also, to confirm the existence of the polytope's vertex, I took the value functions of deterministic policies and confirmed that they become the vertex. In conclusion, we can know that the sparse empty space in the figure is simply due to the lack of sample numbers. It can also be seen that the polytope of the value function space does not consist of equal density.

Two policies agree on states if for each

We denote by the set of semi-deterministic policies that take action on state .

Now, I will introduce one of the most amazing theorem of this paper, line theorem. It characterizes the subsets of value function space that are generated by the policies which agree on all but one state. Surprisingly, it describes a line segment within the value function polytope and this line segment is monotone.

Let be a state and , a policy. Then there are two -deterministic policies in , denoted , which bracket the value of all other policies

Furthermore, the image of restricted to is a line segment, and the following three sets are equivalent:

Furthermore, the image of restricted to is a line segment, and the following three sets are equivalent:

Theorem 1 implies that we can generate , the image of restricted to , by drawing the value functions of mixtures of two policies, and . Also, we can even generate it by just taking two value functions, and , and drawing a line segment between the two points. 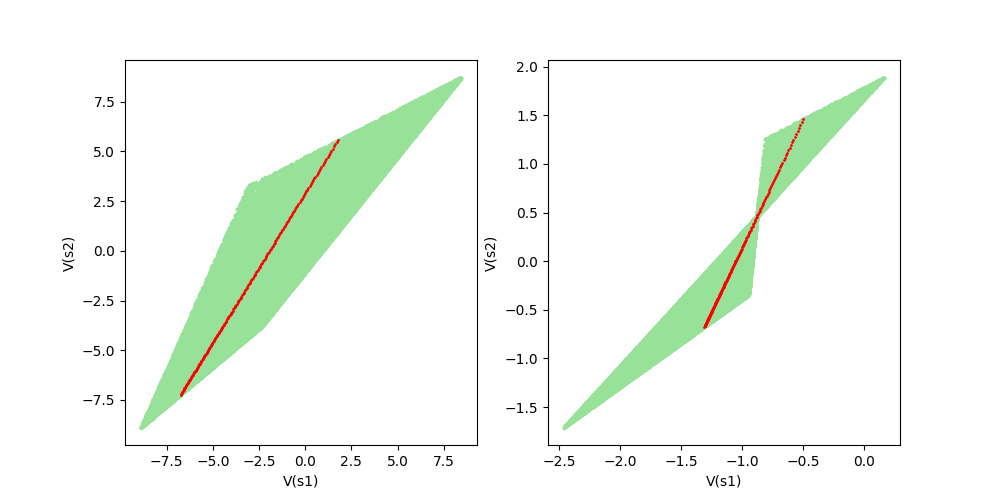 For both figures in Figure 7, the following and which agree on were used for the interpolation. 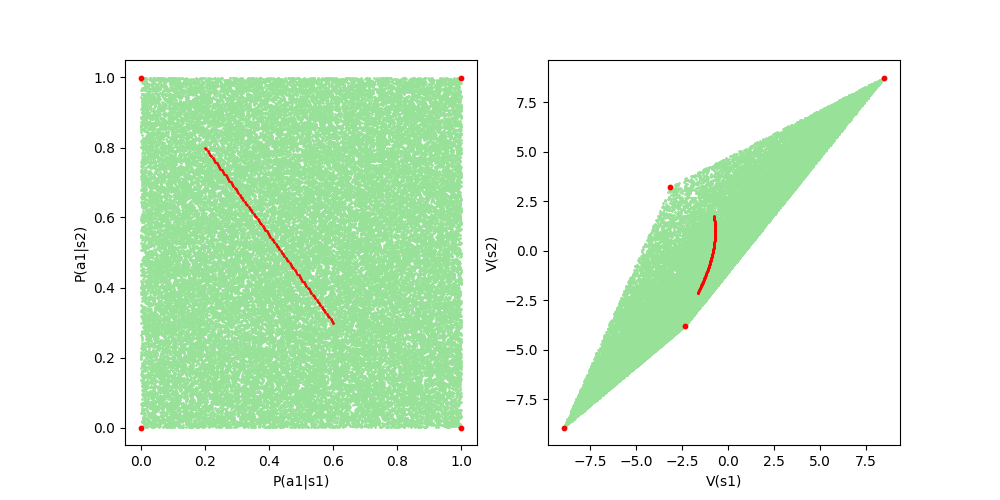 Figure 8: Value functions of mixtures of two policies in the general case.

The red points in Figure 8 are the value functions of mixtures of two policies. You can see that the red points are curved, not straight. It can be seen that the condition, the policies should agree on all but one state, is a necessary condition.

Corollary 1 can be proved by mathematical induction on the number of states . The result of are seen directly from the Line Theorem. 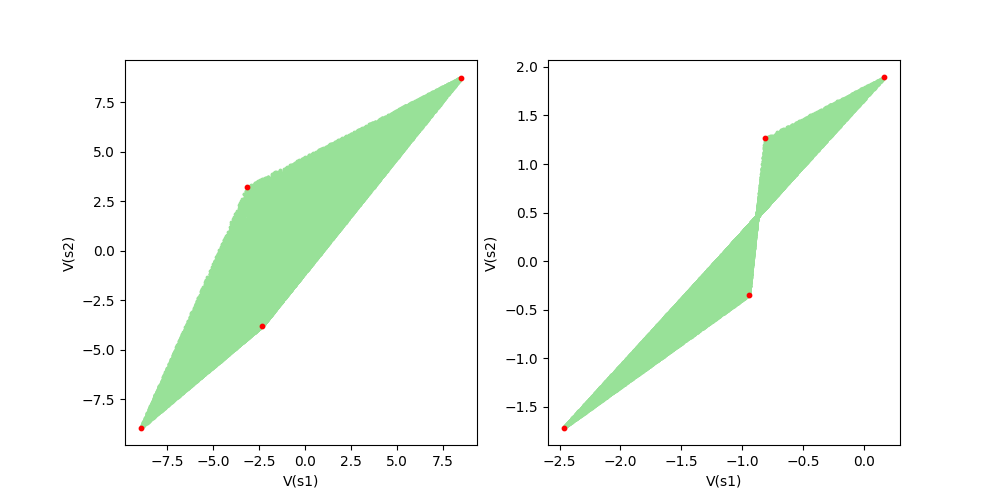 Figure 9: Visual representation of Corollary 1. The red dots are the value functions of deterministic policies. 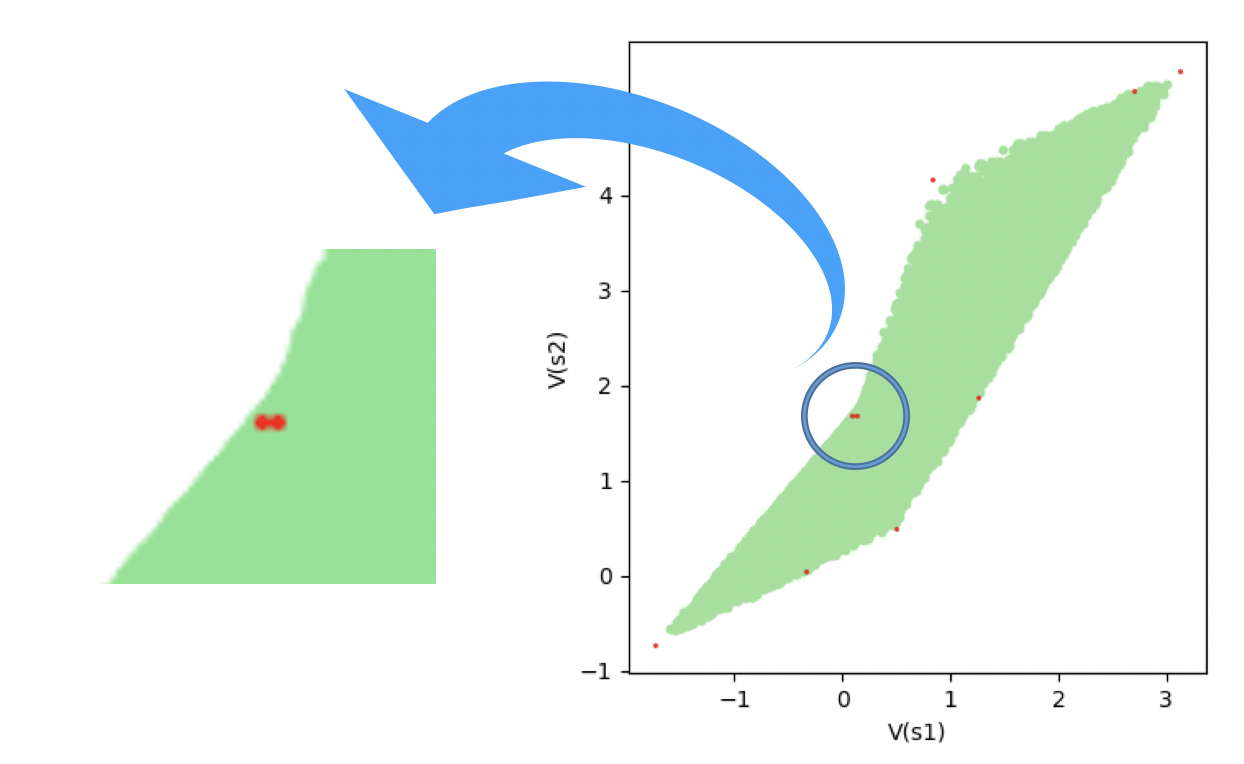 Figure 10: Visual representation of Corollary 1. The value functions of deterministic policies are not identical to the vertices of V.

Theorem 2 and Corollary 3 show that the boundary of value function space is described by semi-deterministic policies.

Let's start with first defining the affine vector space before we mention Theorem 2. Consider a policy and states . Then,

where are the columns of the matrix corresponding to states other than .

Consider the ensemble of policies that agree with on states . Suppose , , s.t. , then has a relative neighborhood in .

Corollary 3.* *Consider a policy , the states , and the ensemble of policies that agree with on . Define , we have that the relative boundary of in is included in the value functions spanned by policies in that are s-deterministic for

where refers to the relative boundary . 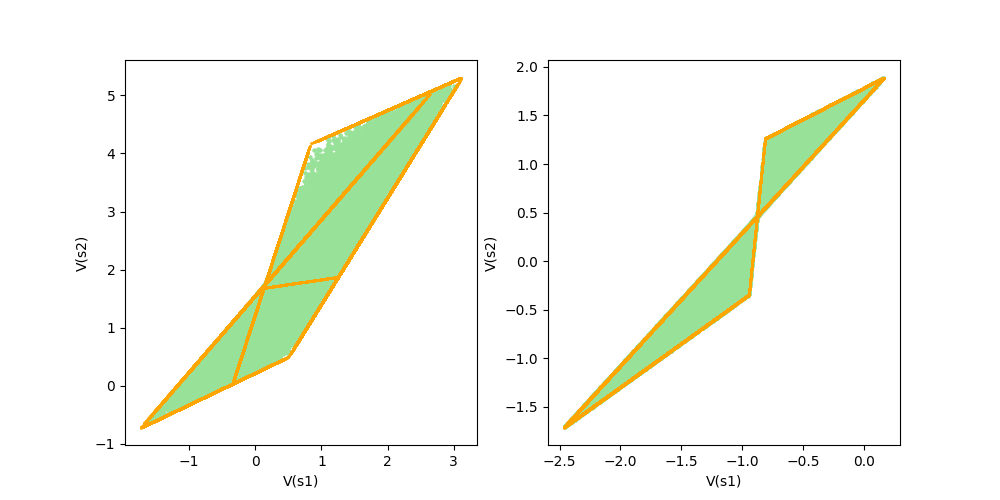 Figure 11: Visual representation of Corollary 3. The orange points are the value functions of semi-deterministic policies.

The Polytope of Value Functions

By combining all the previous results, Dadashi et al 1 proved the value function space is a polytope. Theorem 3 is the final result of this paper 1.

Consider a policy , the states , and the ensemble of policies that agree with on . Then